Why Don’t You Shoot Your Ejaculate?

There are two reasons most men don’t naturally shoot their ejaculate. Ill discuss one of those reasons in this article.The first reason is because of the type of stimulation most men use to achieve orgasm. A man has two primary approaches to stimulating himself to orgasm. The first, and most common approach, is focused on prostate stimulation. The concept of pounding a woman during intercourse is nothing more than a man stimulating his prostrate. The second approach to stimulation is focused on penis-head stimulation. When a man is engaged in sexual intercourse, these two types of stimulation are usually blended together resulting in maximum pleasure. (This accounts for why most men are interested in intercourse over masturbation.)When masturbating, the vast majority of men achieve orgasm primarily from prostate stimulation even though most of them don’t directly stimulate their prostrate. What happens, is that as men stroke their penis shaft and/or their penis head, the majority of them either hit the base of their penis with their hand or they bend their penis, or they jerk on their penis as they stroke, all of which indirectly stimulate the prostate.

This leads to an orgasm that is based primarily on prostate stimulation.Early in a mans sexual life, he will typically learn a given set of techniques that will bring him to orgasm. From then on, for the most part, he will use the same approach for the rest of his life. For most men, masturbating in a way that stimulates the prostate is initially more pleasurable and generally leads to orgasm more quickly which explains why the majority of men initially learn to reach orgasm based on prostrate-based stimulation as young men trying to figure it all out, they are trying to reach orgasm before someone catches them or starts wondering whats going on. And, because most men will tend to use the same technique they learned early on, few will ever experiment with other options.To prove the sensitivity of prostrate stimulation, try pounding your woman during your next intercourse session (where your pelvic area the area surrounding the base of your penis is solidly hitting her body but don’t hurt her doggy style is a good position for this test) and see how quickly you start to feel those orgasmic feelings climbing.

Then, continue stroking her but do not allow your pelvic area to hit her and notice that the orgasmic feelings either stop climbing or they may even subside slightly.Now, the reason all of this is important is because there is a significant side-effect with a prostate-induced orgasm. When orgasm is achieved through prostrate-based stimulation, the prostrate is so sensitive from the stimulation that the contractions that occur in order to expel semen (called the expulsion stage) are severely hampered. As a point of comparison, its like tickling a ticklish person until they inadvertently urinate. They lose the control they normally have over their body functions because of the over-stimulation they feel from the tickling. In the same way as the tickling analogy, when orgasm is reached by prostrate-based stimulation, your body is hampered in its ability to ejaculate because of the extent of stimulation.If you would like to see this hampering effect in full force, have your woman masturbate your penis and simultaneously finger your rectum.

Check out my blog about EJACULATION 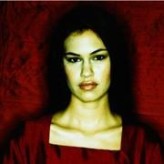